How to Upgrade Drupal 7 to Drupal 8 -An Easy Guide

The software community scales and thrives on new updates. These updates are upgrades from the previous versions, with better features, performance, usability, and functionalities. Any product becomes more efficient, secure, and advanced by updating to the latest version of the technology it is working on.

Drupal is one of the most popular CMS, offering regular updates for its CMS every six months. Each Drupal update always comes with bug and security fixes as well as some new features as well. So it’s recommended to stay updated with every release of Drupal and its modules and themes to keep your site secure.

If you are still running your website on Drupal 7 (or 6) then you have to migrate your Drupal website to Drupal 9. Before you start migrating your website, you need to be aware of some steps and challenges.

Every dimension of technology is going through the same thing, and so is Drupal. Drupal has announced its new update of Drupal 9 and so if you are stuck on the older version of Drupal, then it’s time to change it as migrating your Drupal website from 7 to 9 will take a long time, than migrating it from 8 to 9.

Upgrade From Drupal 7 to Drupal 8

We are sure that you are assuming that the Drupal latest version is 9 then why we are asking you to upgrade to Drupal 8?

Drupal 8 was released in November 2015. When the Drupal Association announced Drupal 9. In practice, this means that Drupal 9 is built in Drupal 8, using deprecations and optional updated dependencies. The result is that upgrading from Drupal 8 to Drupal 9 is just an iterative change from the final Drupal 8 version. So you can directly update Drupal from Drupal 8 to Drupal 9 from the Drupal UI. But before updating from Drupal 7 to 9, you should upgrade Drupal to 8 first.

1. Make a backup of your current website and use it to migrate to Drupal 8.

2. Clean and classify your Drupal 8 website so that the migrating process will not take any unneeded data.

3. Analyze your current website. The Drupal 7 website, as well as its functionality and available features. This will assist you in testing your Drupal 8 website following the upgrade.

Below are some Key Points for Migrating your Drupal 7 Website to Drupal 8:

1. Get the Appropriate Modules:

On the Drupal website, you can find the modules that will help you move your website. So you need to make sure that you have those modules available as below:

You must compile a list of modules that your Drupal 8 website genuinely needs. Once you get these lists, you must determine whether these modules are compatible with Drupal 8, as some Drupal 7 modules will not function with a Drupal 8 website. You can utilize the Drupal Migrate UI, which allows you to determine whether a module is compatible with Drupal 8.

The structure of themes was changed as well by Drupal 8, the same as the change in the module. Because of this, the Drupal 7 theme needs to be changed so that it works with the newer version, or a Drupal 8 theme that works better needs to be found.

Before you begin the process of migrating your website’s configuration and content to Drupal 8, you need to make sure that it is already operating on the most recent version of Drupal 7, which is version 7.22. Doing so will make the transition much simpler.

Now is the time to go to the official Drupal website and download version 8 of Drupal and locate the most recent version. After that, the Drupal 8 site needs to be set up in local development or staging environment.

Once the Drupal 8 website has been configured, it is time to carry out the migration process, so make sure that the Migration, Migrate Drupal, and Migrate Upgrade modules can be found in the Drupal core.

After you have finished installing the primary modules that were transferred, you can then go to the URL of your website to add or upgrade content. After that, you will need to enter the key information, such as the location of the database and the file.

Before moving on to the next step, you will need to install any Drupal 8 modules that are not already there. Start the migration once you have installed all of the modules that are missing. The amount of content and configuration on your old website will determine how long it will take to complete the migration. When the migration is done successfully, you will be taken to the website’s home page, where you can find a summary of what was found.

Before you begin any Drupal 8 migration, it is best to test your site and familiarize yourself with how things work in Drupal 8.  Install any contrib (third party) modules that you plan to use and test them out as well. Is it also important to test and check whether all your old content and features of the website are running well or not?

During the testing phase, there could be some problems, such as content categories or pieces of content that weren’t moved or modules that weren’t installed. In this kind of situation, you will need to undo the upgrade and figure out how to fix the problems. To make sure the problem is fixed, you’ll need to finish the migration and then test the website again. This must be done so that if there is any issue with the migration, it can be fixed.

Is it Possible to Migrate from Drupal 7 to Drupal 9?

If you are looking to migrate from Drupal 7 to Drupal 9, then you can do so directly, but in that case, you would have to compromise on the backward compatibility between Drupal 8 and 9.

During a direct migration from Drupal 8.9 to Drupal 9, the update process can be very complex, and you will have to spend a great deal of time switching back and forth between the two platforms.

The process of migrating your site from Drupal 7 to Drupal 8 is not as simple as you may believe. Therefore, for your benefit and safety, we have provided you with a checklist of things to keep in mind when migrating your Drupal site from 7 to 8, so that you can migrate your site without losing any data.

But if you are still worried that you might make a mistake when moving your Drupal website from version 7 to version 8, you should hire a Drupal development company that can help you and move your Drupal website for you. Check out our other blog on WordPress vs Drupal. 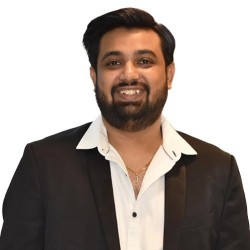 Once you’ve confirmed your email address you’ll officially be part of our family.

Note: If you don’t receive our confirmation email within 5 minutes, please check your spam folder. The algorithm might not have recognized this new step in your forthcoming journey to take your business to newer heights.